A couple of days ago I received a package. Or actually, I had to pick it up because it didn't fit in mail box and I wasn't home when they tried to deliver it. It was a new piece in my collection of SBC, the Orange Pi Zero: 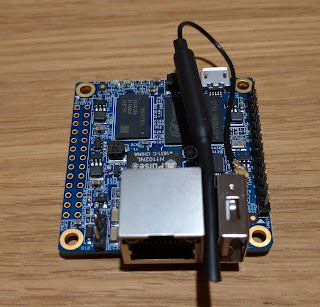 As the name might betray, it's the competitor to the Raspberry Pi Zero and the CHIP from the Orange Pi line. 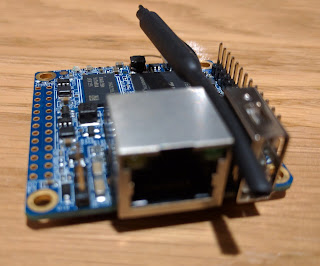 With a full-size network, a USB port and a one presoldered header, it actually gets more in line with the CHIP than the Raspberry Pi Zero. 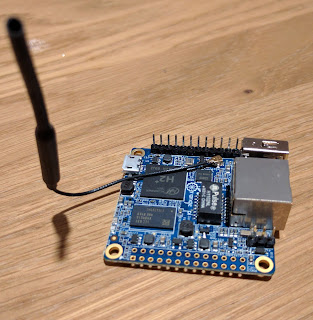 It has wifi and that combined wifi in addition to its network port, so it's also not as poorly connected as the RPi Zero. On the other hand, it's the only in its class not to have any display output, while at $9 (or $7 for the model with less RAM) it is the most expensive of the three similar boards (unlike the CHIP, it still needs a SD card to be added to that cost). 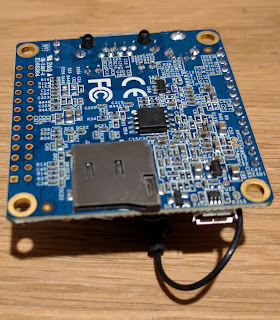 Of course, that higher price does get you something: a processor that actually competes with the normal Raspberry Pi line rather than the Zero. And of course, little to no software support. 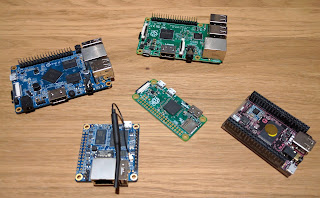 For size comparison, here's the new board together with an Orange Pi PC, a Raspberry Pi 2, a Raspberry Pi Zero and a CHIP. The OPi Zero actually has quite different dimension than any other the others. Perhaps the Orange Pi is actually starting to take its own direction instead of just copying others. 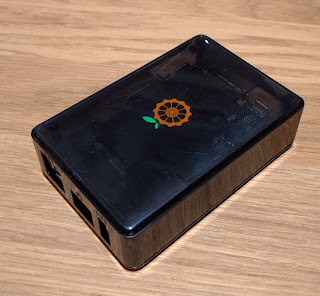 The same package also included a case for my Orange Pi PC. Now that it has a real function in my infrastructure, I felt it deserved that. If you look closely, you can actually see that the case is artially transparent: 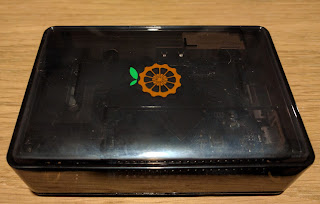 In fact, that was not the only case in the package. There was also a case for the Orange Pi itself. I have a plan for it too, so this seemed only fitting. I want to use it for NAT (if it's going to work is another story all together, but we'll get to that when we get to it). This may in fact be the first time that I buy a non-Raspberry board with a specific use in mind! 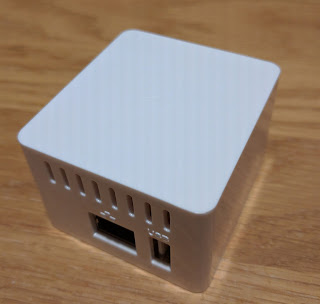 Speaking of Raspberry boards, there's actually a board that has joined the family without me writing about it on this blog. High time for some photos, don't you think? 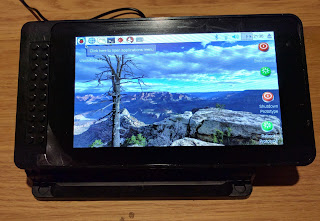 It's the official Raspberry Pi Touch Screen! It's inside a SmartiPi Touch case. 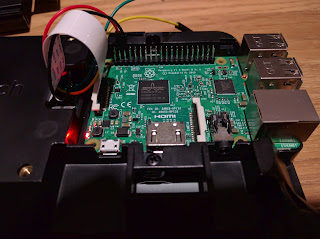 And it's being driven by a Raspberry Pi 3.

Alright, that's what I've got for you for now.

I completelely overlooked this little thing, the OPi Zero! It is quite a silly board, isn't it? I mean, what is the point in trying to be small when you're not actually trying to be small? Full ethernet port, standing USB and presoldered headers do not eaxctly scream mobile / embedded applications to me... I seriously wonder what use case they had in mind when designing this little device? Any ideas?

I agree it is a bit weird. However, I feel the unique selling point of this device is its ethernet port. If you are looking for an SBC with an ethernet port, this is the only one in the sub-$10 segment with small(ish) boards (which is exactly why I ordered it). To me this feels like a definite improvement over just being a bit cheaper and not having much else that stands out. It's also quite good when it comes to processing power per dollar.

Oh shoot, I completely missed the fact that this has a quad-core processor... That does make it very affordable indeed! And of course you are right about the wired networking. But then again, lack of video out makes it unsuitable as out-of-the-box HTPC... I guess I still have trouble coming up with a practical use case. How do you plan to use the OPi Zero, if I may ask?

I answered your question in real life already, but for anyone passing by in the future, let me respond here as well.

My intention is to use the OPi zero as a part of the infrastructure of my network. I may host reverse proxies to web servers hosted on different machines within my network, so I can reach them from outside my network on a single IP (through different domains). I might create a split DNS setup, so I can use the same domain inside my network as outside of it. Those kinds of things.